Collective Impact…
Working as One

How time flies when we are united in making OUR dreams come true. We’ve worked together over the last decade increasing our collective impact…turning our individual good works into collective action…working as one to deliver and measure the social change we wanted to make possible in the lives of women and girls.

I was hired to be a visionary, strategic leader and to lift the organization to its next phase of excellence. In partnership with the board of directors, members and staff, I am proud of what we have accomplished together.

When I first came to Soroptimist, we were unclear about where we wanted to focus: raising awareness and concern for issues facing women and girls or creating specific changes in the lives or women and girls who face obstacles.

Through your feedback and direction to the board of directors, we adopted a focused mission that places our clubs and members in the forefront of working for the economic empowerment of women and girls facing obstacles to live their dreams.

We created a Big Goal of Increase our Collective Impact.

We established measures of success that have been achieved.

Dream It, Be It

And while we were building this outstanding story of success with our increased collective impact, we were also working to define the 2021-2031 Big Goal for the first decade of our second century—to invest in the dreams of half a million women and girls through access to education.

Over the last ten years, I have had the privilege to work closely with amazing people from across our federation. I’m especially grateful to those who stepped forward to take up the mantle of SIA President. I believe each brought their special talents to the role at just the right time for SIA. Together, as partners, we led the organization in increasing our collective impact. They supported me in helping SIA to achieve what it wanted. I thank each of the SIA Presidents I worked with and their boards of directors. They are:

I want to recognize the many Region Governors over six bienniums (2010-2022) who have worked tirelessly to realize SIA’s mission and Big Goal of Increase Collective Impact.

Another amazing group of talented individuals are the SIA staff, who came together to ensure the boards’ direction was followed and realized:

There is the SIA region office staff whose loyalty and commitment support the federation:

My leadership would not have been possible without the never-ending support of my loving husband and life partner, Tom, my son Thomas and daughter Juliana.

Collectively we have truly made measurable and sustainable impact. We found our way to what will make the most lasting change in the lives of women and girls who face obstacles to their success—education leading to economic empowerment. It is remarkable how many members embraced the change the organization chose to make—together.

Thank you for inviting me to join you and discover the world of Soroptimist. I am so proud of my time here. As I look to the future, I wish you great success on the 2021-2031 Big Goal. While I may no longer serve as your executive director & CEO, I will continue to serve as your champion and will always support the vision and mission of this great organization. 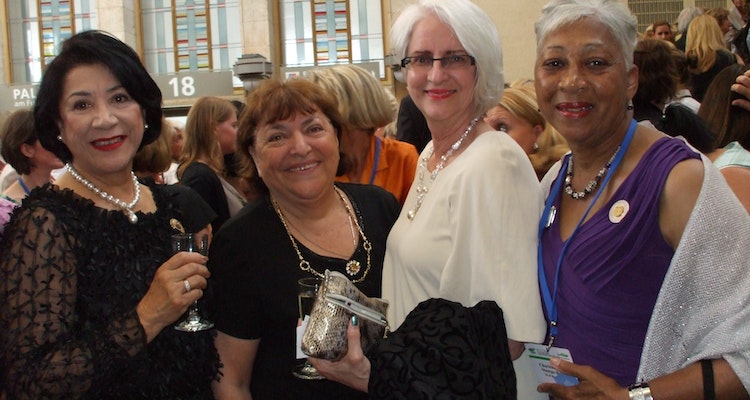 This site uses cookies. By continuing to visit this site you are agreeing to the use of cookies.